I have made a number of comments about the Eagle Ford Shale (EFS) and possible underreporting by the Texas Railroad Commission (TRRC) of crude plus condensate (C+C) output. See my comments at peak oil.com (fourth comment by dcoyne78 on that page) and at peakoilbarrel.com  (see my response to Mike's comment in the comments section.)

The first point is that the TRRC data for Texas(TX) statewide C+C is quite different from the data reported by the US Energy Information Administration (EIA) for TX C+C.

An article by Roger Blanchard posted at Resilience.org got me thinking about the discrepancy between the EIA and TRRC data so I downloaded data from both sources in March to compare with future data.  I failed to realize at the time that I had some earlier data from Jan 2013 (which I have now utilized) and I downloaded more data in early August when checking on recent EFS data. A final download of TRRC data was done in late August. 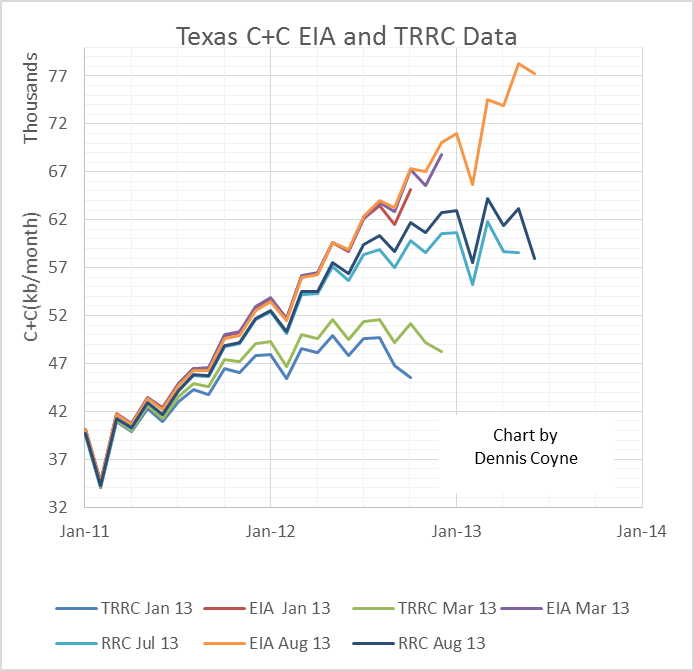 My interpretation of this data is that the EIA data changes very little over time, but the TRRC data changes quite a bit.  My conclusion is that when considering TX C+C the EIA estimate is much better especially in the near term where the TRRC data may be off by as much as 33 %.

When attempting to estimate the EFS C+C we must rely on TRRC data, but I decided to adjust the TRRC data for the EFS.  I tabulate TRRC C+C data for both all TX and the EFS and determine the proportion of output from the EFS relative to the TX statewide total for each month in the data series.  I call this % EF/TX (C+C) in my spreadsheets.  Then I multiply this proportion by the EIA TX C+C estimate to get my EFS estimate. 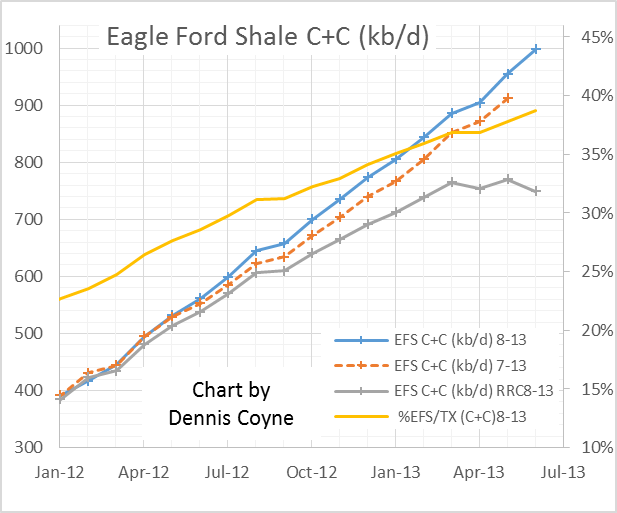 ﻿
﻿
A spreadsheet with the EFS data can be found at https://sites.google.com/site/dc78image/files-1

it is named "efsCCdata2.xlsx".  Files are listed alphabetically and are downloaded by clicking the down arrow on the right side of the page (next to the X).

Note that I upated this post 8/29/2013 at 4:20 EDST because I found the EIA TX C+C data for June, the EIA data has not changed except for the added June data point for TX, the difference between the red dashed line and the blue line is due to an increase in the % of output coming from the EFS. 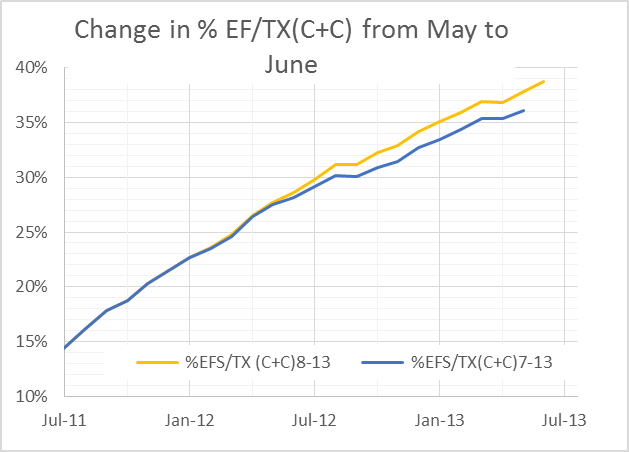 New Chart below with data in kb/d 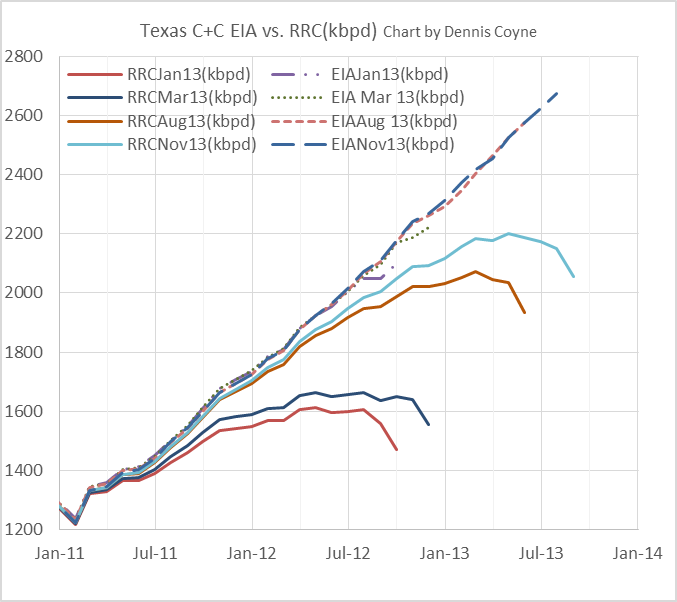