In order to model World Oil Production, we need to consider other liquid fuel besides crude plus condensate(C+C).  One of the largest additions to Total Petroleum Supply besides C+C is Natural Gas Liquids(NGL).  A paper by Jean Laherrere points to a stable relationship between NGL and Natural Gas production (see figure 1 in the paper linked above.) A post by Rune Likvern also investigates future NGL output and suggests that the output of NGL per unit volume of natural gas will likely decline in the future.

Despite the work by Likvern, so far through 2011 the world trend has been either stable (1996 to 2011) or positive (1980 to 2011) based on data from the 2012 BP Statistical Review of World Energy for Natural Gas and the US EIA for NGL.  I am also attempting to create optimistic scenarios to reduce the possibility of underestimating the length of a possible continued plateau in oil output.

Two scenarios for NGL output have been created.  The first (low case) assumes that the world production of NGL per unit volume of Natural Gas output remains at the average level of 1994 to 2011 (27.5 barrels per million cubic feet(b/mcf) of natural gas).  The second (high case) scenario assumes that the slow rise in NGL per unit volume of natural gas continues (using the linear trend from 1980 to 2011) until the world level reaches the average US level from 1983 to 2011 (34.5 b/mcf of natural gas.)

The chart below is for the world: 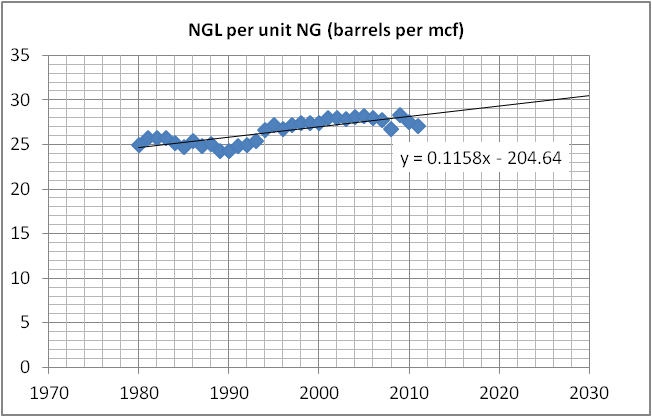 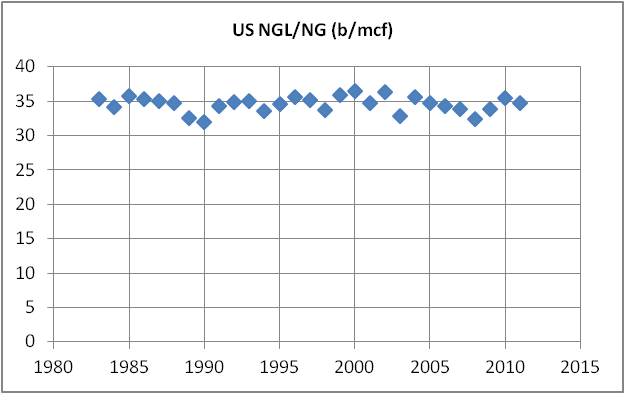 In order to forecast natural gas output, I used a Shock Model for Natural Gas (fallow, build, and mature periods 10 years).  This model was based on discovery data from Jean Laherrere and the middle (best guess) case in Steve Mohr's thesis for natural gas URR=16730 trillion cubic feet (tcf).  A dispersive discovery model (see Oil Conundrum)
was used to fill in discovery data after 2005.  The BP outlook (xls file) was used as a basis for natural gas production from 2015 to 2030 in developing this model (the data points for 2015 to 2030 are from this forecast). 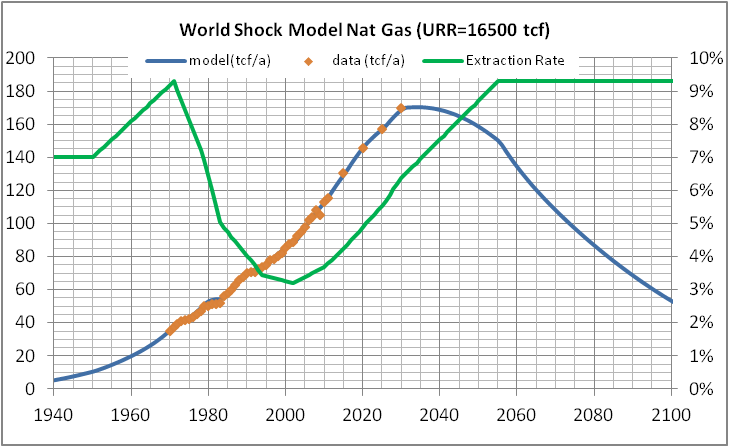 This scenario for world natural gas is likely to be optimistic, a more realistic scenario would limit the rise in extraction rate to about 7 %.  A lower case which matches Steve Mohr's dynamic scenario (case 2) is presented below: 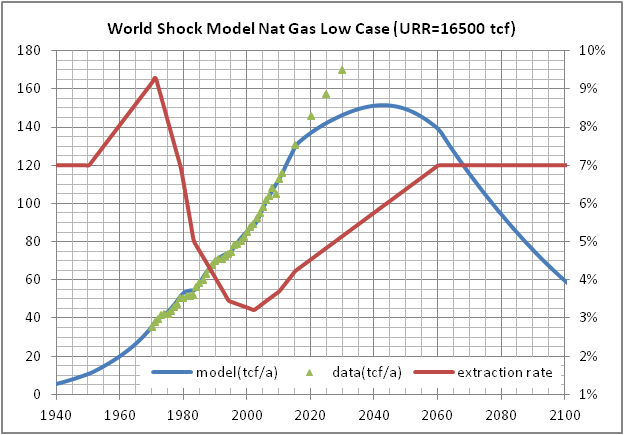 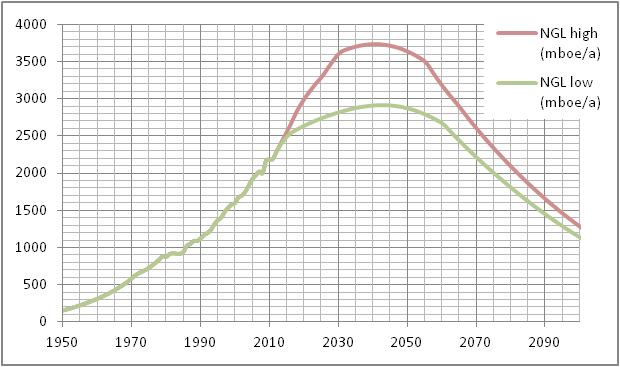