In reality, the extraction rate will rise and fall based on economic conditions, oil prices and the resulting level of oil demand.  As we reach the eventual peak in oil output, we will likely see a rise in extraction rate while developed reserves are declining (because we are producing oil at a higher rate than we can develop oil reserves).

For a while the increased extraction rate could counteract the smaller level of reserves and enable either a plateau in output (like C+C since 2005) or possibly a slow rise in output.  Eventually we will be unable to maintain a plateau or increase output further because there is some limit to how high extraction rates can rise.  Eventually developed reserves will fall from the near plateau they have been on since 2004.  Consider the following model: 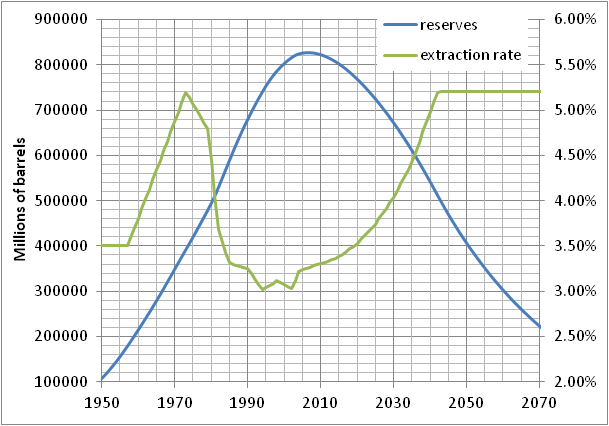 From the reserves and extraction rate above we get the C+C output below: 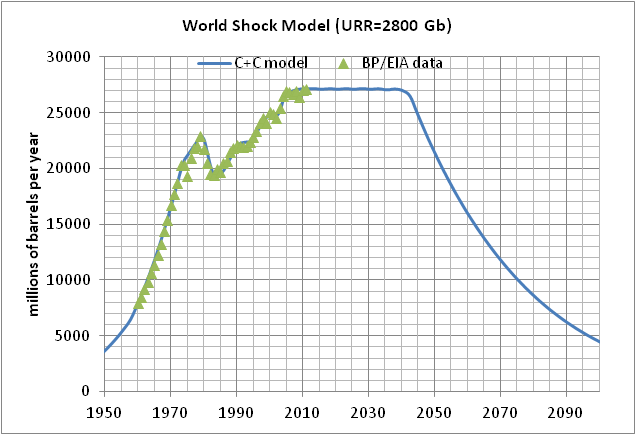