I have extended both the Bakken and Eagle Ford Shale models out to 2040.  I have assumed no other significant tight oil plays are developed in the US besides these two, this is a somewhat pessimistic assumption, though most other assumptions are relatively optimistic.  These may balance out in the long run.

As the Bakken becomes fully drilled up at about 40,000 wells (around the end of 2024) it is assumed that drilling rigs are moved to Texas from North Dakota to work the Eagle Ford play and that there is a ramp up in the number of wells drilled there per month as a result.

In this current scenario, the tight oil output comes close to matching the EIA 2013 outlook (red diamonds in figure below) from 2018 to 2028, but the output is lower both before and after that period. 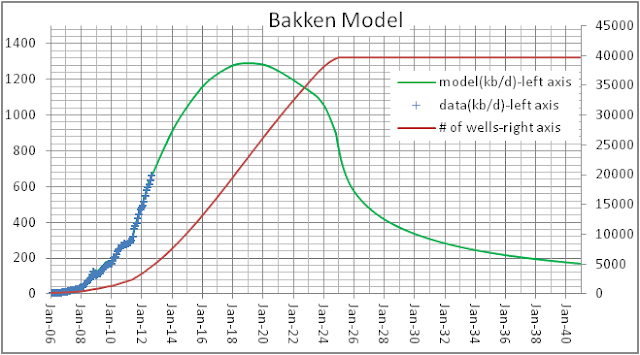 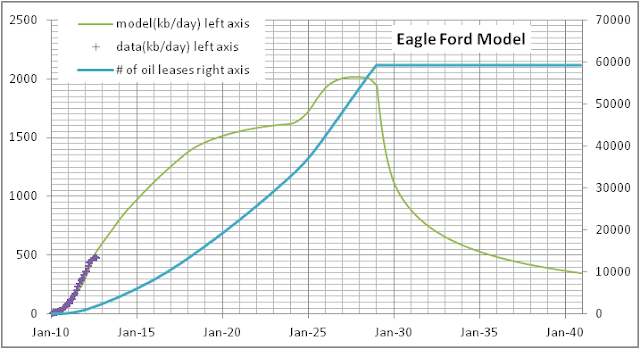